“This is how I met Tyler Durden.”

There’s no doubt about it, things are looking pretty bad these days. The new economy has an entire generation of college students walking out of graduation into appallingly bleak job prospects. Those lucky enough to find work get McJobs, as the living wage is being beaten back and pummeled like boxer Ricky “the Hitman” Hatton’s opponents back in the day. And a good day for Ricky Hatton was a very bad day for the other guy. This won’t end well. Indeed, having a lost generation will destroy us all.

Less consumer confidence mean less people buying their own homes. We now have analysts openly suggesting that people rent instead of buy. Also, statistics show that more couples than ever are considering not having children. This can be especially devastating, since children are more important to society than most people realize. If any particular couple truly believes that they should not have children, then by all means that is the right decision for them; however, if the majority of an entire generation en masse decide not to procreate, it could mean bad things for the future of our society.

There are logistical reasons for this. As they grow up and enter the workforce, more young people means more taxpayers. As we can see now, local governments desperately need more people paying into the system. Also, more children means more schools and the need for more teachers. Of course more consumers equals more spending. In the United States in particular, our economy is cyclical and we need future generations to keep this train a-rollin’.

Unfortunately current facts are starting to rule out that last argument: State and local governments are facing what appears to be their greatest deficits ever, teachers are being laid off right and left, and various counties are even closing some schools entirely. Consumers are already buying less than usual. Those record profits US businesses are reporting aren’t coming from American consumers. Our economy is more dependent on foreign markets than most people understand. Regardless, assuming the American society remains democratic and capitalist, the facts stated above should still prove true in the long run.

Although the economy itself is a major concern, the sociological necessity for having children is even greater. Couples with children are not living for themselves, and are thus more likely to plan for the future. It’s not that people who have children are any better than anyone else, not at all—but they will make different choices. People with children will even vote differently than others. For instance, if the majority of a future generation is childless, and all the rich elites send their kids to private schools, how long will it be until people vote against having a public school system entirely? A far-fetched notion, to be sure, but it is something to think about. Secondly, people get real scary when they have nothing left to lose. Those who don’t own a home, don’t have any kids, have a dead-end job they hate—let’s just say that they will be making very different choices. Sometimes scary choices. American political economist Robert Reich states that the unequal distribution of wealth in this country is likely to breed “a kind of anger.”  This economic model cannot be sustained.

“… an angry populace could just as easily turn their anger toward the very rich.” 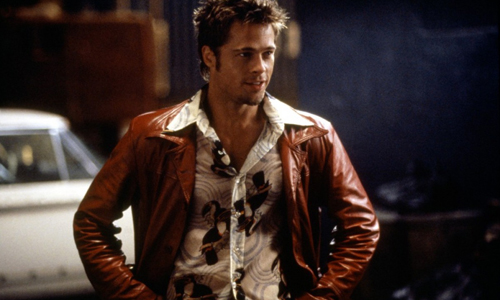 The arts have already foreseen this, and we are just now catching up. Author Chuck Palahniuk struck a nerve when he wrote his enormously popular novel “Fight Club.” The movie version extrapolated on the theme, and gave us a famous speech performed by Brad Pitt. Tyler Durden had his say, and as we can see from the movie, his movement came to a devastating end.

“Man, I see in fight club the strongest and smartest men who’ve ever lived. I see all this potential, and I see it squandering. God damn it, an entire generation pumping gas, waiting tables; slaves with white collars. Advertising has us chasing cars and clothes, working jobs we hate so we can buy shit we don’t need. We’re the middle children of history, man. No purpose or place. We have no Great War. No Great Depression. Our Great War’s a spiritual war … our Great Depression is our lives. We’ve all been raised on television to believe that one day we’d all be millionaires, and movie gods, and rock stars. But we won’t. And we’re slowly learning that fact. And we’re very, very pissed off.”

What do you think? Is this simply a fatalist attitude, or are there genuine concerns about these current trends?

5 thoughts on “Empty Nest And Beyond: Why The New Economy Will Destroy Us All”