The other day I was surfing various news sites and came across what I thought at the time was a mildly interesting story. Some Apple employees had made a video for something called “It Gets Better.” Simply curious about this project, I checked out the website. What I found hit me like a ton of bricks.

The first thing I saw was the pledge:

“Everyone deserves to be respected for who they are. I pledge to spread this message to my friends, family and neighbors. I’ll speak up against hate and intolerance whenever I see it, at school and at work. I’ll provide hope for lesbian, gay, bi, trans and other bullied teens by letting them know that It Gets Better.”

Then, there is a list of names: “Justin Aaberg. Billy Lucas. Cody Barker. Asher Brown. Seth Walsh. Raymond Chase. Tyler Clementi. They were tragic examples of youth who could not believe that it does actually get better.” I’ve read stories about isolated incidents of teen suicide due to bullying; I’m sure we all have, but like many others I had no idea how bad things really were. Maybe I’m just ensconced in my all too-comfortable adult life, or maybe I mentally blocked much of my middle school and high school experiences; either way, it was time for a serious reality check. So I read on.

The project started simply enough. In 2010, syndicated columnist and author Dan Savage made a YouTube video with his partner Terry to help out young people who were dealing with harassment. Two months later, the It Gets Better Project™ had grown into a worldwide movement. Now there are over 10,000 user-created videos that have been viewed over 35 million times. The project has received submissions from people in all walks of life—including celebrities and media personalities such as: President Barack Obama; Secretary of State Hillary Clinton; Senator Al Franken; Adam Lambert; Anne Hathaway; Colin Farrell; Chris Colfer of “Glee’;” Rob Thomas; Joe Jonas; Joel Madden; Sarah Silverman; Tim Gunn; Ellen DeGeneres; the staffs of The Gap, Google, Facebook, Pixar, and many more. But celebrities are just the tip of the iceberg; there are so many more contributions. The website states that every video changes a life—it doesn’t matter who makes it.

The Trevor Project, a benefactor of the It Gets Better Project, is determined to end suicide among LGBT youth by providing life-saving and life-affirming resources including a nationwide, 24/7 crisis intervention lifeline, digital community and advocacy/educational programs that create a safe, supportive and positive environment for everyone. Please visit their site at www.trevorproject.org.

Bullying is a subject I take very seriously, for my own reasons. There is no excuse for this abhorrent behavior. Bigotry and the ability/desire to bully are not things that are inherent to human nature; these are not things you are born with. They are taught, and are handed down from generation to generation. For example, I can still recall my earliest memory of racism. I was coloring a picture in kindergarten. The drawing was of a mother and her child in a kitchen. I wanted variety, so I made the child African, and left the mother caucasian. It didn’t even occur to me that this could be a problem. The teacher pointed out, “Well then, that can’t be the child’s mother.” I just looked at her, confused. Then she stammered after a minute that it was okay.

Though bigotry and bullying behavior need to be eradicated, our work is definitely cut out for us. Senator Al Franken stated:

“Bullying is a deadly serious and all too frequent part of school life. And tragically, it’s often ignored by teachers or administrators. This needs to change.”

We need to change hearts and minds, but that will take time, maybe more time than we as individuals have on this earth. We may have to leave this to future generations to carry on the fight. I don’t want my daughter to live in a world where this happens. As a society, it’s not always easy to see at the time, but it’s true—when an individual is openly disrespected, this hurts us all. So we all need to affect this change. 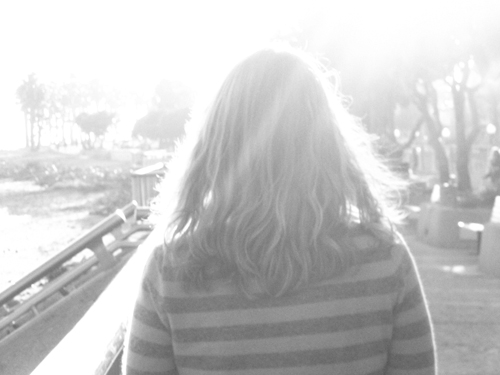 To those currently facing debilitating harassment, I simply say this: Being of rather smallish stature, I grew up being bullied both outside and inside the home. Growing up was extremely difficult for me. But I endured, and it got better. You can survive, you can have a voice. You can find your way, it just takes time. Unfortunately, some things cannot be conquered—they have to be endured. There are times in your life that simply have to be endured. But there is always another side, the other end of the tunnel. And even if you can’t see the light, it is there, just waiting.

Hold on, stay strong … because it gets better.

Source: It Gets Better Project™

12 thoughts on “It Gets Better: The Trevor Project”